She lifted the smudged glass to her lips, stopped mid-raise with that familiar lopsided smile and whispered, "This is the last you'll see of me".

Placing the glass on the kitchen table, she held back the tears, knowing that this choice belonged to her; owned fully and embraced, not with fear but a sense of freedom. He was insistent, pushing her into a loveless marriage for the sake of propriety, honor, and a child who would be no longer. She watched his expression turn to disbelief and he lowered his head, bringing his face closer to hers.

"What will you do?", his response, spoken with a gravely, threatening edge.

"My life is what I make of it.", she remarked, committed to anything other than facing the lonely road ahead with a man whose violent power, cloaked in the passion of the moment, had changed her life forever.

He stood up, wordless. With the backside of his right hand he stuck the half full tumbler, sweeping it off the table. The dull thud of glass against the linoleum floor, the spray of water and ice cubes against the refrigerator door, and the sound of his steps followed by the slam of the backdoor brought her life into sharp focus. The day was brilliant blue, cloudless and cool.

She had the sense that her life was beginning again, brought into the world with gasping breaths born by the short exchange of words, the image of the tumbler careening downward onto the floor, the icy water lurching outward in spurts, and the sound of a door slammed shut by the force of his hand.

**based on a true story with author's creative liscense
Posted by CaShThoMa at 8:33 AM

Email ThisBlogThis!Share to TwitterShare to FacebookShare to Pinterest
Labels: On Writing

Ahead of the Wave by Email

I'm a Member of 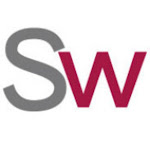